During the last few years I have had many talks about goals and goal management with different people. And, every time, I have received a variety of responses. One day a discussion might be very simple--just a few words would be enough to understand each other. Another day, and with a different group, it might be very difficult--the talk might be long and painful, and end with us still unable to get through a few basic principles. Usually, I get a mixed audience in which a few people show support, the majority passively listen, and a few act aggressively and criticize every little thing.

Before, in those situations, I tried to look for a problem inside myself: Why I was not prepared? What did I do or say wrong? But a few days ago I found some interesting information on how different types of people relate towards goals. I can’t say how accurate the data is, but overall it matches my own experience quite well.

In the information I found, the author divided all of humanity into four categories by their way of thinking:


From these descriptions we can see how people from different categories may react to goals:

After viewing this information, it is now more clear to me why I’m getting such diverse responses. In order to get to different categories of people, I have to present my material in different ways. Some motivators attract people by presenting God’s good will and faith. Others offer people success by teaching them to employ their intuition and program themselves to reach success with minimal effort. Finally, some teachers provide listeners with clear instructions to be followed precisely step by step. I know it is good to learn from famous authors who teach on personal success. However, I’m still concerned as to how can I mix all of that into one short presentation. As my presentations stay at a relatively formal level, and rely mostly on knowledge rather than emotions, it is especially difficult to incorporate such methods. I am encouraged, though, by the fact that the negative reactions were not because of myself, and, with more practice, I know I will be able to reach all four groups of people.
Posted by Sergey Seroukhov at 1:56 PM No comments:

If you already have clearly defined goals, then you may use a variety of techniques to work with them. You can analyze your goals, formulate action plans, self-motivate, delegate, or create subgoals to get started on. However, before getting to that point, some of you may be puzzled with the question, “How do I start?” or, “Where do I get those goals?”

The reality is that you already have goals. Any action (or even the absence of an action) has some intention or goal behind it--“go to the second floor,” “step up,” “reach down to pick up that toy.” People are just so used to living with these type of small goals that they stop noticing them. We walk where we want to; we create what dinner we want to eat. At work we do what we are told, and we perform job functions in a day-in/day-out manner. In this post I’ll present a few techniques to discover your existing goals. These techniques apply not only to your work or personal life, but also to overall organizational management.

We can find many of our directions and set goals by looking at the following areas:

When you complete your analysis of the areas above, you’ll get a bunch of goals in different forms and sizes. The next move is to create a clear goal structure. To do that, simply follow these steps:


After you’ve found your goals and have set them to a structure, you’ll be able to get moving on them quickly and efficiently.


Good luck in your discoveries!

Every organization has a lot of goals. Goals touch different aspects of organization management and may appear in various shapes and forms. In order for the introduction of goal-oriented management to be successful, these goals must be defined explicitly and they have to be as complete as possible. For the best results, the maximum number of activities performed by workers throughout their day should all be linked to these concrete explicit goals.

However, very few managers have a solid understanding of what kinds of goals exist in their organization and where to find them. Others may look for goals of only one or two kinds, and then tend to ignore the rest. As a result, their goal sets become incomplete and cover only part of the organizational activities. At the same time, the other unaddressed activities can carry on by themselves and be performed chaotically. That “hidden part of the iceberg” quite often sinks any noble attempt to introduce goal-orientation into organizational management. Activities based on goals are defined with an assumption of certain resources and time frames, but uncontrolled activities unexpectedly consume those resources and time and lead toward the failure of the set activities.

In order to achieve better coverage, we recommend that organizations know and consider the three following categories of goals:


Examples: The implementation of a software component, a product release, or the processing of a client’s order.

Examples: Changing an organizational structure, entering a new market, the optimization of business processes, or the introduction of a new business model.
Posted by Sergey Seroukhov at 12:42 PM No comments:

Critical Mistake Made by Process Creators

When creating a process, it often happens that there is a confusion and mismanagement of operations and end goals. Goals can be lost and the organization might be left with only a mess of processes and procedures. In this post, I will state why this happens and how it can be fixed.


A process itself is not hard to understand. It can be defined simply as a sequence of actions. However, when a process is created, these actions can be mixed up with a lot of words that do not clearly define what needs to be done. We can begin to see why this happens by defining what actions themselves are.


There are two ways to define an action: as an action-state or as an action-operation (or act). In the first case, an action-state is defined as a goal--a desired state in the future which is planned to be achieved by doing something. The focus here is on that desired future state. In the second case, an action-operation is defined as a process to complete an action. It focuses on how to do something.
I’ll try to explain this with a simple example. Imagine an action-state defined as “move one meter ahead.” As we can see, the focus here is on the future state: the expected position of a person will be moved one meter off of his or her current position. The related action-operation may sound something like “step forward.” These two directions look identical to most people. However, the focus in the second case is on the execution of the particular operation--how to move one meter ahead. 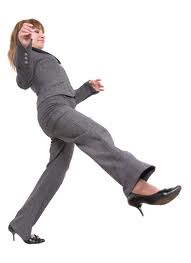 In that simple example the difference between the two terms is almost unnoticeable. One step almost always results in moving 1 meter forward. We understand this so well that if we need somebody to move one meter ahead, we almost always tell them: “step forward” instead of “move one meter ahead.” We use the action-operation instead of the action-state. In this and other ways, in our everyday experience we are accustomed to substituting one concept with another--some elementary goal is substituted with an elementary operation that will lead to the goal. We are so used to doing that we often extend that approach to more complex cases. And it is here that we get into trouble. We sometimes mix up processes with their end goals.

An officer and a soldier are sitting in a trench before a constantly moving enemy. 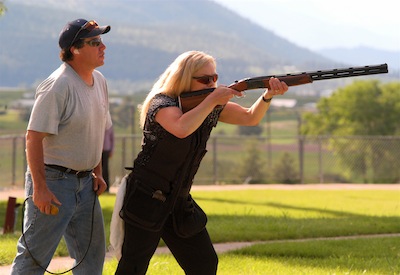 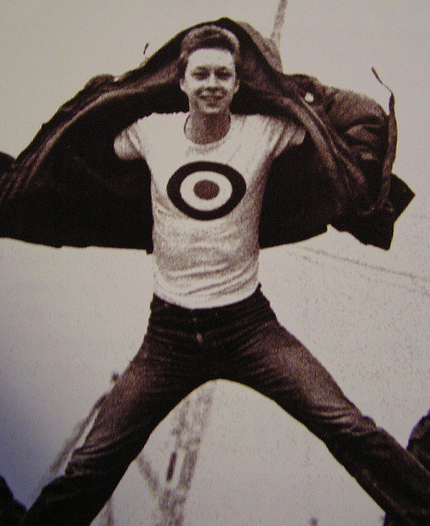 The officer commands the soldier, “Shoot!”

The soldier asks, “Where should I shoot?”

The officer clarifies, “Shoot ahead!”

Meanwhile the enemy is moving...

The officer says, “What are you doing? Aim left!”

The military realized the issue with this example a long time ago. For a while, NATO has had a standard formula to issue commands. It is called “5W,” which stands for “Who,” “What,” “Where,” “When,” and “Why.” Any trained officer in a similar situation to the one above would command a soldier like this: “Private Smith, upon my command hit the moving enemy target ahead 100 meters.” As we can see here, the command is formulated as a goal and not as an operation like the orders in the example above. The execution of such a command will lead to the desired result much faster and more effectively.

Now that we see the problem with using action-operations instead of action-states, let’s go back to processes.

Unfortunately, there are no clear directions on how to define actions in a process. Everyone has the freedom to do it anyway they like. Because of that, many process creators fall into a habit which leads to problems:


They say “step forward” when they should really say “move one meter ahead.” Because they assume that everyone is 6 feet tall (an initial state), they think that their goal of moving one meter ahead will be accomplished with a single step (that the operation with the assumed initial state will reach the desired state).

All of that leads to a critical mistake - a substitution of a goal with an operation, a replacement of “what” with “how.”  When this happens, goals (“what”) disappear, and only a meaningless sequence of operations (“how”) remains. That sequence may lead to the desired results, but it does not happen often--and usually only happens with a large amount of luck.

Surely, everyone of us has met such things in our life. There is a lot of meaningless movement and a lot of sweat, time and resources are spent, everything is done by the book, but the results are minimal. This is because the goals have been lost! Workers have been told to “shoot” without being given a clear order or goal/action-state. Of course, process creators see this problem. Some of them even try to address it by creating more processes to anticipate all possible problems and cases, introducing alternative flows, and so on. But is it possible to predict everything that may happen? And is it really necessary? Would it be easier just to say what is required, and then leave how up to a qualified executor, who will assess the situation and apply operations that will lead directly to the desired results?

If a pattern or process exists that works well, then perfect--keep using it! Explicit goals will add more sense to it. But if a process does not exist, or if it’s not optimal, then goals will clearly point the direction to go and will help to define a new and better sequence of actions which are suitable to the current situation.
Posted by Sergey Seroukhov at 7:42 PM 1 comment: