In the biggest part of my daily life, I develop management automation systems. And, as every respectful professional, I am proud of my work. I see my work making a real difference for my clients. I know that I’m adding real value to my field. Can you imagine, then, what a shock it is when I realize it’s not at all like that in reality?

Once upon a time, I met my client. After we exchanged our greetings, my ears were ready to hear positive feedback about my work. But, instead, silence was his response...


Only later on, in a restaurant after two or three shots, my client relaxed and started to curse all the buttons and screens that were making his life so difficult.


“But how can it be like that? Why must I hear all of that after so many days and nights of my hard work? This guy just doesn’t understand anything in computer science!!” I thought, angrily.


The truth is that we were both right. The guy was right--his life and work became really terrible. And I was right too--he didn’t understand a thing about the high art of computer science...


But there is one firm rule in business: “The customer is always right!” So, let me suppress my angry ego and look at the world through eyes of that simple man.


How it all began. 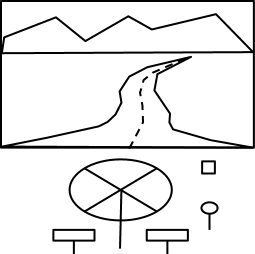 Overall, there is nothing special. The operator starts the truck with the key, turns the steering wheel, and presses pedals. He loads the truck one place and unloads it in another, and he does this over and over, many times a day.


Next come the automation experts.


A group of the smartest automation experts then approached the haul truck and started to fill it with various automations. They added several sensors and intellectual control systems. They installed system displays with guidance marks, allowing the driver to change operation modes and observe state indicators, and they put in several screens to help visualize situational information. Finally, they installed systems to monitor the operator’s fatigue level, suggest optimal decisions, or just to entertain him and help him stay awake while driving. After all these new installations, the results looked something like this: 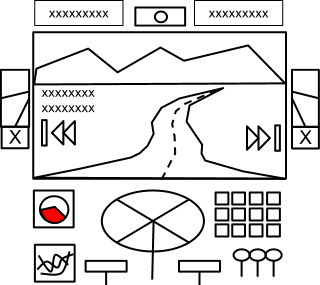 The tired but satisfied automation experts washed their hands. The haul truck had become really cool and even looked as good as the space shuttle Challenger!


Later, the operator got back to his truck and what followed was a silent scene of terror.


Of course, the operator wasn’t right. The automation he got was amazing and state of the art. However, as he was the customer, he was right by definition.


What the client really wanted.


The client was a simple man and he did simple things--he would load his haul truck, drive it on a road with a steering wheel and pedals, and unload it before driving back. Sometimes he might have to fuel it or go to maintenance, but that’s it.


When the client paid the big buck, he wanted a solution for his problems. He wanted an automation system, not him, to load the truck, drive it to a dump location, unload it, and then drive it back. And he, the client, just wanted to sit back and watch it work, making minor corrections from time to time. 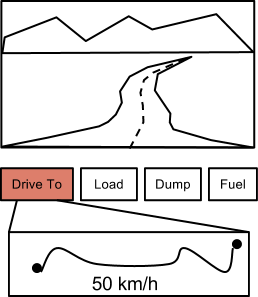 He didn’t need a Challenger at all. Before, just a simple haul truck was enough for him.


“But how can it be like that? What if something unexpected happens?” the automation experts asked.
“Well, if something happens, just give me back my steering wheel and pedals and I’ll make it right,” the client replied. 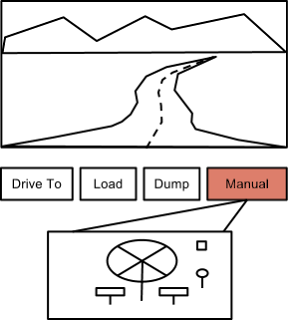 
From that story we can see a huge gap between the mindsets of the automation experts and their clients.


Automation experts try to build powerful and optimal systems. Because life is a complex thing, their systems allow many ways to observe, analyze, make decisions, and then act upon them. This leads to the creation of automation tools, which let clients do whatever they want, and even more.


But the client pays money, and for his money he wants do nothing. He just wants to rest in peace... He wants to nap, while the expensive automation system works for him. Does he care about optimization? Well, yes, of course... It’s important that the smart automation system works close to the same level he does. Otherwise, he has to steer that steering wheel by himself. Thus, he is interested in automation solutions for his problems, not the automation tools he gets.


Here’s another example of this mindset difference:


We have a system that collects a large amount of data--sensor readings from onboard systems, operator reports, and measurements from external monitoring systems. We create an application, which allows a user to plot all that data on a map and then filter it in a hundred different ways, draw it in different colors, lay one dataset on top of the others, and do many other useful and complicated things. We solve hundreds of complex technical issues, and the developed system becomes really cool. With its help, people can do many types of analysis and make decisions on hundreds of different problems. Very cool! But all of these aspects of our system are just automation tools, and that is not what our client needs. That’s not what he paid for.